Vintage Stanley combination planes have always intrigued me. Hand plane technology progressed through the centuries with wooden planes making way for metal-bodied planes. Molding, grooving and dado planes, including plow, dado, beading, etc., have historically been dedicated wooden planes with the profile and pre-set offset from the edge of the board built-in. This translated to having a different wooden plane for each application, and could get cumbersome for the cabinetmaker of the time.

The Stanley No.45 and No.55 combination planes were at the end of the evolutionary line of hand planes. Stanley developed this combination plane with an adjustable fence which is capable of accepting an assortment of straight blades, beading planes, and match groove blades. The design removed the need for multiple wooden planes for different sized grooves, dadoes, rabbets and beads. 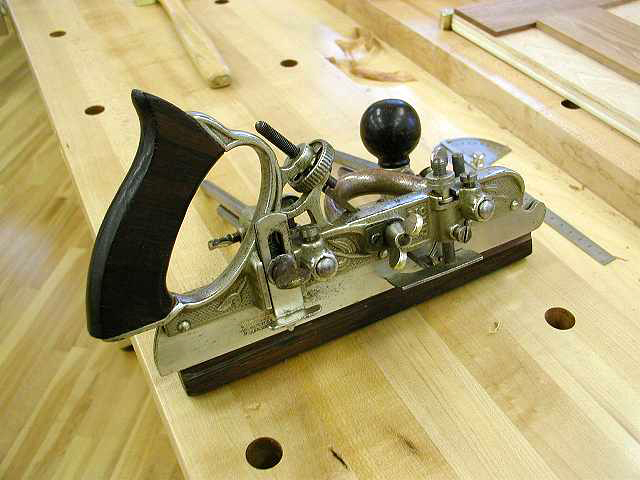 This particular series of plane, the Stanley No. 45 – 55, was developed at the peak of the metal hand plane design era ( late 1800’s). It is interesting that if one were to develop a similar-featured plane today, the design would probably look not too much different than the Stanley No. 45. This particular model, the Stanley No. 45 has been in production from the late 1800’s to the middle of the 1900’s with many different variants along the way. Each variant was either adopted for manufacturing efficiency or to implement a new feature into the plane.

The type I have ( Type 7B) is very likely early 1904-06 vintage. The Patrick Leach “Blood and Gore” web site is a great place to visit and determine what vintage your old Stanley or Record plane is. Certain small features are either part of this plane or not, enough to narrow down the production dates of Stanley planes to within a few years of each other. 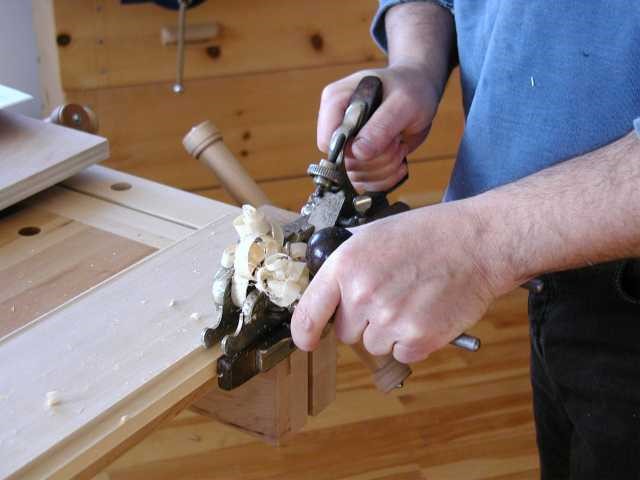