I was asked to make a traditional wood case for a replica of a WWII German Enigma encrypting machine. The modern-day version is mostly electronic but it performs the same functions. I would need to make it to scale and similar to the original in most ways. This Enigma is mostly electronic with large selector wheels, LED numbers, switches and a keyboard. As well, the front panel (Steckerbrett) contains jacks for plugs and wires. The front of the outer box (Klappe) is latched, but flips down for access to the Steckerbrett. 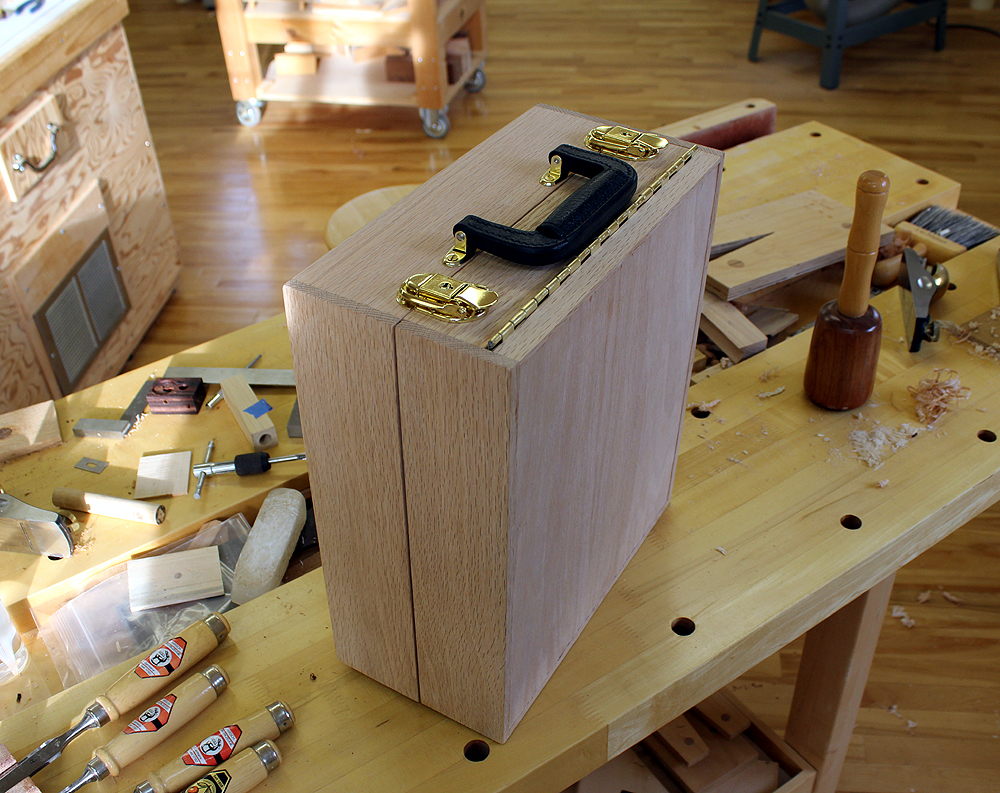 The build involved much research into existing Enigma wood cases and of course, the original version. I found out that the traditional wood used was oak so of course, it had to be made of oak. Next was sourcing the wood and unique hardware. There is also an inner box which houses the circuit boards and this fits into the outer box. 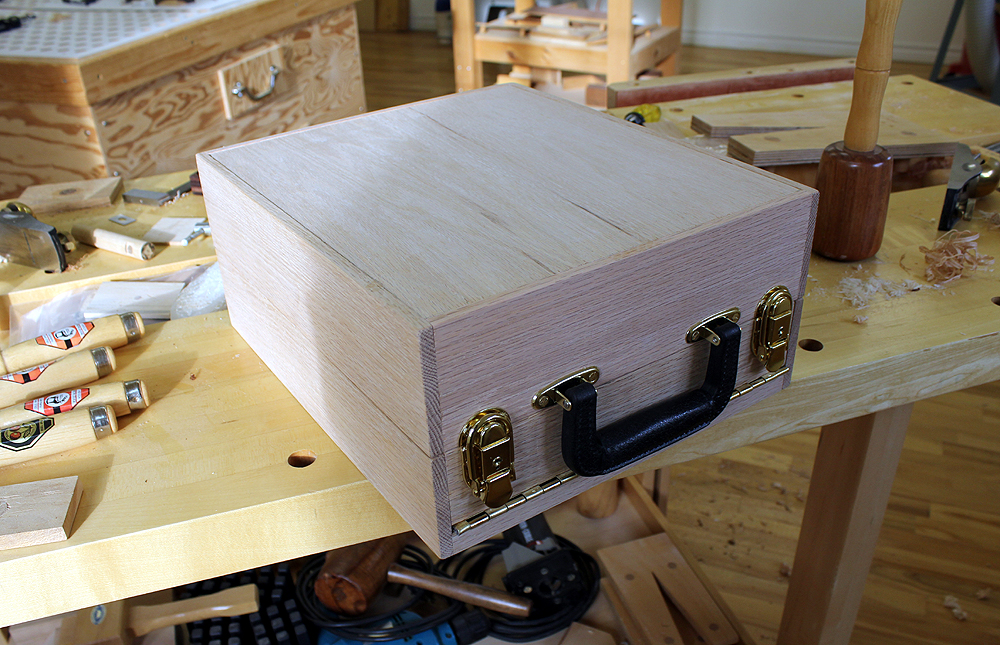 The design of the Enigma case call for locks, so I installed two locking latches and two inner catches for the Klappe flip-down front. I began the build. It went fairly smoothly except for one hangup. Installing lid stays would be a problem since there almost no clearance between the inner box and outer box edges. So mortises had to be created for the small lid stays. This worked out well. The circuit boards are currently bare and were only used for fitting. 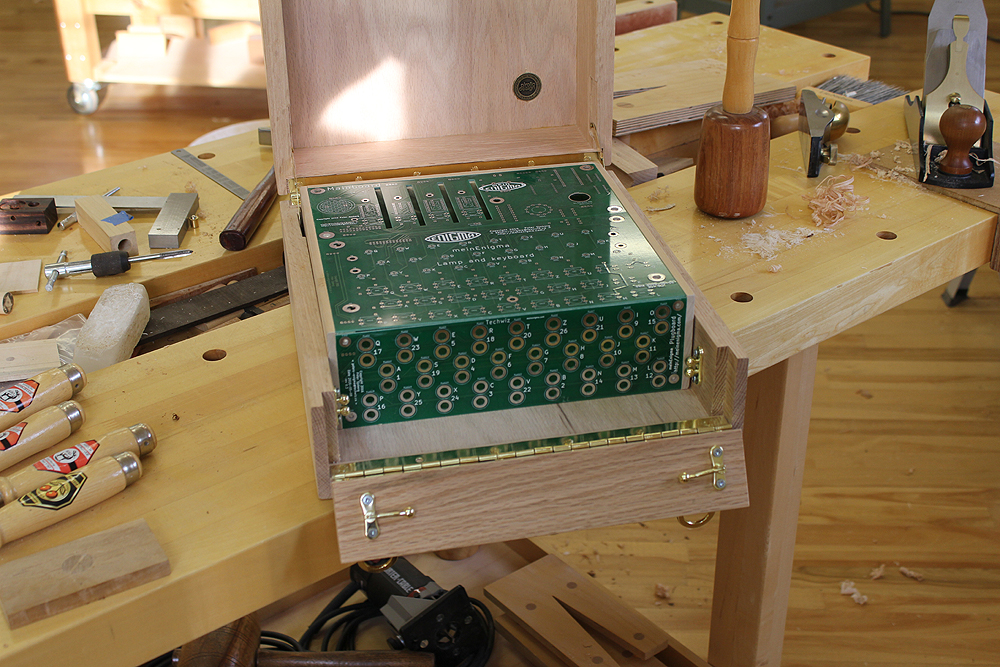 Once complete, it will be a busy array of lights, switches, large selector wheels, keyboard, lights and jacks and cables. I’ll post a 100% completed photo of it with finish applied next week. Of course, I have my Maker’s Mark applied…lol

Two photos below of the completed Enigma wood case with the electronics, wheels, switches, keyboard and plugs installed. These photos were taken at a Maker Faire venue in Ottawa, Ontario. Peter Sjoberg, the designer of the Enigma machine itself, can be seen in one photo. 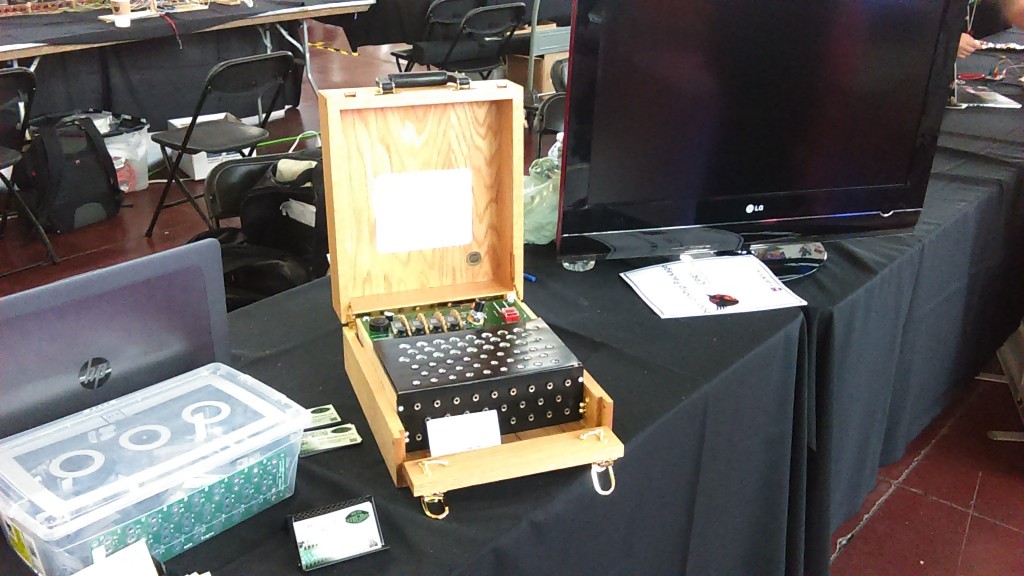 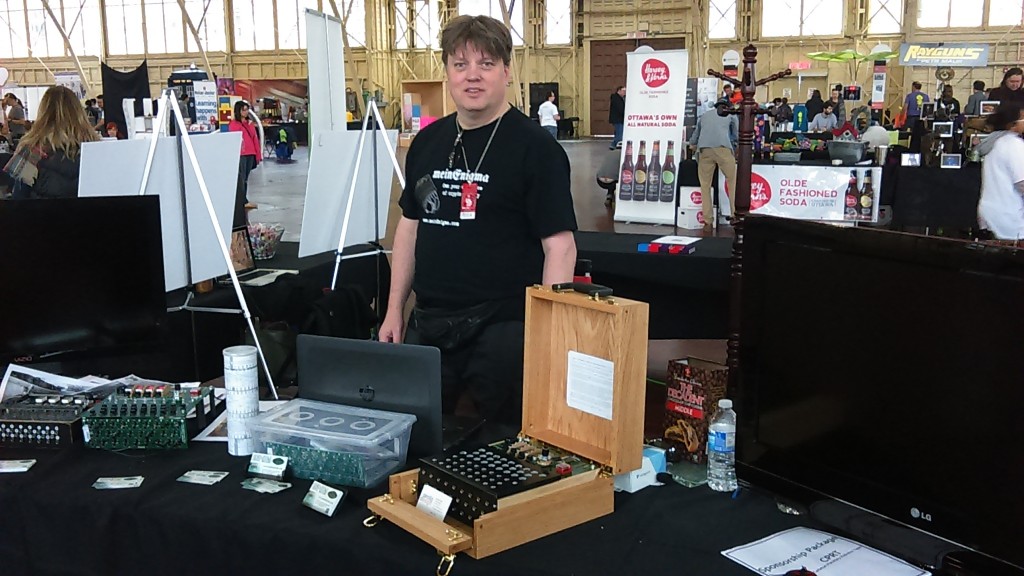